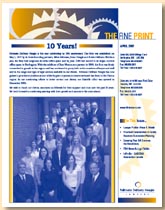 Over the years I have seen many wills, prepared by both lawyers and non-lawyers. The most glaring omission in these wills has been the lack of a contingency plan for those situations where beneficiaries under a will are no longer alive at the date of death of the deceased or “testator” of the will.

For many years, the common law doctrine of “lapse” has provided that a gift to a beneficiary who is not alive at the date of death of the testator, fails, or lapses. The failed gift would then fall back into the testator’s estate and the will would be construed as if the failed gift was never contemplated. This seems to be a reasonable consequence: if a person who has been left something under a will has died before the testator, the deceased person is not going to be able to receive the gift.

However, following years of lawsuits by disappointed beneficiaries (or their estates) and recommendations by numerous law reform commissions, all provinces in Canada have enacted what is commonly referred to as “anti-lapse” legislation. These laws are designed to prevent the failure or “lapsing” of gifts to close relatives of the testator.

Section 31 of Ontario’s Succession Law Reform Act (the “Act”) contains anti-lapse provisions that apply to gifts made to
brothers, sisters, children and grandchildren of the testator. As a result, unless a contrary intention is expressed in the will, if a legacy or bequest (hereinafter called “gift) is made to a brother, sister, child or grandchild of the testator, and such relative dies before the testator, the gift does not lapse but rather will be distributed to the spouse and/or issue who survived such deceased relative When any debts and preferential shares are ignored (as mandated by Section 31 of the Act), Ontario’s laws of intestacy, as set out in the Act, provide that if a testator has a spouse and no issue, the spouse will inherit all; if there is a spouse and one child, the spouse will inherit one-half and the child will receive the other half; and where there is a spouse and two or more children, the spouse will receive one-third and the children will share the remaining two-thirds.

By way of example, let us consider a situation where John is married and provides in his will that everything will go to his wife, unless she predeceases him, in which event all of his assets will go to his children. Let us also assume that John’s two children are both married and that his one son, Robert, has three children and the other, a daughter, Susan, has no children. There is no mention made in John’s will of what should happen if either of John’s children have predeceased him.

If John survives his wife, then upon his death, John’s estate will be divided between his two children as set out in his will. But if John’s son, Robert, predeceases John, leaving his wife and children surviving him, then the share that would have gone to Robert, will now be divided between Robert’s widow (who will receive one-third of the amount to which Robert would have been entitled), and Robert’s children (who will share the other two-thirds of what would have been Robert’s share). If John’s daughter, Susan, should also die before John, then, without any children, Susan’s share will go to her husband. It may not have been John’s intention to leave anything to his daughter-in-law or his son-inlaw, but that is exactly what would happen in this situation because there was no “contrary intention” expressed in John’s will.

In another example, let us assume Mary is an elderly widow with no children. Mary has prepared a will in which she has left everything to her brothers and sisters. If the clause that divides the residue between her siblings does not contain a “contrary intention”, and if any of her siblings predecease her, then the spouse and children of the deceased sibling will receive the share that would have gone to the deceased sibling had he or she been alive at Mary’s death.

It is not difficult to express a “contrary intention” in one’s will. It requires only the addition of phrases such as “if he or she survives me” or “if alive at my death” or “in equal shares per capita” to get around the anti-lapse provisions of the Act. However, as mentioned above, I have seen many wills and have dealt with a number of estates in which a contrary intention is not expressed.

It is always good practice to regularly review the terms of your will to ensure that it still reflects your wishes, to make sure that the proper terminology has been used and that all possible contingencies have been considered and addressed.

This is the first in a series of articles by Lori Brown on matters relating to the preparation and interpretation of Wills and to issues surrounding the administration of estates.

There are many reasons for this paucity in survival of family-owned enterprises. The most obvious, yet possibly most often overlooked, reason is a matter of age. Generations ago, life expectancies were perhaps in the 50's or low 60's. Today, many businessmen are active well into their 70's or older. The next generation is therefore “in waiting” well into their 40's or 50's. By then, the more self-assured thoughts of “new challenges”, “risking it all”, “striking out in a new direction” “expansion of the family business” have lost their intensity. Alternatively, the potential successors have left the nest in frustration or to pursue their own careers.

Secondly, technology has played an extremely important role. Some whole industries have disappeared and entire industries or segments of them have been made obsolete by technological advancements in the last half century. Who would have thought that behemoths like Kodak or IBM or such equipment as typewriters, landline telephones or phonographs would have challenging or non-existent futures? The industry that the family business operates in may be past, or approaching, maturity.

However, one of the most vexing problems facing lawyers and accountants, whose commercial documents and tax planning come unraveled, are the dynamics of the transition itself. That is, in most family businesses, the final decisions on almost everything rest with the patriarch or matriarch. The offspring follow instructions: they may participate in decision-making but, as I have witnessed in a number of recent transactions, the post-closing management performance evidences a significant gap in the succession planning process. Rather, the only planning has been that provided by the lawyers and accountants for the transfer of the business, with that planning being restricted, for the most part, to tax planning.

What is needed for a successful transition is a “whole family participation pre-closing” in which the transition process is established, responsibility for operations and other functions delegated, training undertaken, the role and process for decision-making passed along and finally, the roles of the successors confirmed.

A case study may illustrate the problem: the father runs a successful family business for many years with his son and another equally important employee as heirs’ apparent. The parties plan a hugely successful, tax avoidance take-over and the new owners (son and long-time employee), who have worked together side by side for years, last 2 weeks before conflict occurs.

The pyramidic decision-making process by the father is now a partnership of equals with different styles of decision making, personal goals, spousal participation, spending habits and inter-personal communication differences.

What could have been done to avoid the conflict?

More effort was needed in pre-closing planning, recognition of subtle style, needs and wants, and the assignment of responsibilities leading up to the take-over. Customer and supplier connections, the personal domain of the father, also need extreme care to ensure a smooth, graduated migration to the successors of the business.

Many successful multi-national corporations have mastered the process of succession planning, often taking years to plan. As soon as one CEO is appointed, the first step taken is to plan his or her replacement. In stark contrast, succession in family businesses happens once per generation. One must admit, of course, that if you do something just
once, it may not be your best performance.

Being a good follower, heir apparent and interested in the business is a long way from turning the transition into a success. In follow-up article, I will offer some suggestions as to how this preparation should proceed, how to evaluate prospective successors and, ultimately, how to achieve success on the first attempt.