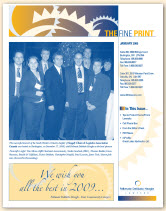 Almost every single one of us has either used a cell  while driving or been angered by someone who was. It’s no secret that erratic driving and cell phone use go, pardon the pun, hand in hand.

On October 28th, 2008, Ontario Transportation Minister Jim Bradley announced proposed new legislation aimed at making it illegal to use handheld devices of any kind while driving, including cell phones, MP3 players, video game devices, and DVD players. The proposed Countering Distracted Driving and Promoting Green Transportation Act, 2008, will not be enforced by the Ontario Provincial Police until the bill is passed, expected to happen sometime in early 2009.

A ban on cellular phone and handheld device use in Ontario would limit our ability to multi-task in the car, but doesn’t rule out making phone calls with hands-free systems. 911 calls are also allowed, as are GPS devices properly positioned on the dashboard. While the proposed legislation doesn’t have any demerit points attached, drivers who put others at risk can be charged under existing careless driving laws and face fines of up to $1000, six points, a suspension, and possibly jail time.

As for the ‘Green Transportation’ aspect of the proposed Act, the focus is almost entirely on carpooling, and aims to remove political barriers to forming carpools, and allow more recognition of informal carpools operating in or out of the typical work week.

The proposed legislation, albeit subject to much criticism, intends to bring Ontario into line with select other Provinces who have already adopted bans of their own. Critics have argued that the government is merely pandering to bias and general distaste that the public has for cell phone users, while other acts such as reading maps and putting on lipstick are not prohibited. This argument may be a thin one, however, as a quick glance at the state of driver cell phone legislation around the world shows that Canada is far behind every First World and most developing countries in implementing the ban. Denmark banned the practice in 1998, Japan in 1999, and by 2003, Brazil, Germany, France, Australia, Japan, Norway, Russia, Finland, South Korea and the UK, among others, had followed suit.

A recent Angus Reid poll shows that 68 per cent of Canadians are recurrent cell-phone users, yet only Nova Scotia, Quebec, and Newfoundland-Labrador have already implemented cell phone bans for drivers. The Manitoba Government announced recently that they intend to introduce similar legislation, and with Ontario following, the move should help bring Canada up to speed with the rest of the world. South of our borders, approximately half of US states have bans in place with New York and California leading the way, and several others, including Texas, facing Senate proposals now or in the near future.

The problem with cell phone driving appears to come not from the physical act of driving with one hand, but from the decreased attention and focus placed on the road ahead while chatting away. It is unclear whether studies have shown that drivers talking on hands-free devices are more attentive than regular cell phone users, but in any event the legislation appears to be a step towards safer roadways, in Ontario and hopefully the rest of Canada.

Unless you are a litigation lawyer, chances are that you didn’t get into business to end up as part of a lawsuit. This article will review some of the common mistakes that can lead to business lawsuits and some simple tips to avoid them. In case you still find yourself at the end of a lawsuit, I have also included some additional helpful hints for getting the best results from your litigation counsel.

Often companies do not adequately research the other companies with which they choose to do business. Not enough emphasis is placed on the financial and performance history of potential customers or suppliers (eg. credit reports). Especially if it is an  important new contract, it is a good idea to learn the names of the principal officers of the business and even conduct inquiries about them. This process is much easier today with the Internet. Unfortunately, there can be shady operators who change business names and disband and reincorporate on a regular basis or those who simply consistently fail to deliver promised results. Even the best contract cannot overcome a dishonest or incompetent customer or supplier.

Poor paperwork can result in the failure to create a legally binding and enforceable contract. When assessing a new business lawsuit, your lawyer’s first task is to determine if you even had a contract and, assuming that you did, to determine who the contract was with and its complete terms. This is not always as simple as you might think. Sometimes the communication of offers and counteroffers may omit or fail to properly clarify one or more of the essential terms of the deal. One of the most common errors arises out of the liberal use of the short form “TBD” for “to be determined”. Since a valid contract can be formed only by a “meeting of the minds” between the parties to the contract, the use of “TBD” can have serious or unforeseen consequences. In the worst case scenario, it may even render your contract unenforceable. Ironically, poor paperwork seems to be more common in the age of email which is informal and where it is so easy to just type, click and send.

A subcategory of “poor paperwork” is the “side deal”. When reviewing a potential litigation matter, very often we will find what the deal says and what the deal is may be entirely different. There is nothing inherently wrong with “side deals” which are part  of business, but side deals which are not adequately documented or thought out can make it difficult to enforce your contract. The use of a “standard form” contract that does not adequately reflect the particular terms of a transaction is another example. Very often these “standard forms” were created in other legal jurisdictions and contain terms or references to laws that have no application to Ontario or Canadian law.

Large numbers of business lawsuits started with a bad estimate be it related to cost, time or promised results. A contract that is not capable of being performed gives you a great lawsuit and no product or result. It is important for both sides to recognize and correct a bad estimate before it becomes a problem leading to a failure to perform. Common sense also tells us that things have a tendency to get worse unless you take decisive action. Business owners are encouraged to contact their legal counsel early in the development of a dispute and, most importantly, not to ignore any legal process. With this in mind, a good lawyer will always encourage you to be prepared to enter into a reasonable settlement early in the process. Identifying a potential problem early is a great way to avoid a lawsuit. Business owners should be encouraged to educate their employees about past legal problems in the business rather than sweeping them under the rug. Better employee training on the unique legal problems in your particular business can help them to avoid the same mistake again.

Getting the Best Results from your Legal Counsel

And finally, if despite following these guidelines, you still find yourself in a business lawsuit, how can you get the best results out of your legal counsel? Probably the most important thing that you can do is to encourage your employees to tell the whole story, good and bad, up front. Remember that your lawyer is on your side. However, while your lawyer cannot guarantee a particular result, he or she must be able to provide you with a realistic assessment of your case without having their judgment or advice clouded by incomplete or inaccurate information. It is only with a realistic and objective assessment of your case that your lawyer will be able to guide you to a commercially reasonable settlement or outcome.

During these difficult and uncertain economic times, take steps now to secure and help protect all loans made by you to your company.

Even if you have already evidenced such loans and registered security, it is prudent to check again with your lawyer to ensure that everything is up-to-date (and that you know the expiry date of any registration). Delays can prove fatal. As noted by Joel Easter of Scott and Pichelli Limited in Burlington (Trustees in Bankruptcy, Receivers and Managers), “If you only register or correct security on the eve of an insolvency, it will be challenged and set aside, leaving you as an unsecured creditor ranking behind all secured and preferred creditors. This simple mistake could mean you get nothing repaid on your loan, rather than something. We see it happen far too many times, and it could have been easily avoided.”

Plan to protect your interests today – not when the crisis hits tomorrow!

Employers and employees need to be aware, at all times, of their legal entitlements, but especially when a business is forced to reorganize or deal with extraordinary situations.

For example: new human rights legislation was introduced last year in Ontario. All applications (previously called complaints) must be filed within 12 months now (previously 6 months) and will be heard by the Human Rights Tribunal of Ontario and not the Ontario Human Rights Commission (which will continue with a policy-oriented focus). Applicants can obtain free assistance from the newly-formed Human Rights Legal Support Centre. Perhaps most significantly, general damages are no longer limited to $10,000, opening the door to much larger awards.

Laws are always changing, so it is essential to take a knowledgeable and proactive approach to your current legal needs.