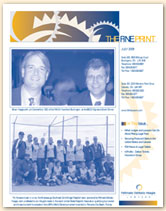 It comes as a surprise to some of my clients when I say that few lawyers could afford their own services, should they be sued or want to sue in the present climate of the legal system. As a litigator, I am faced with the question on a daily basis whether the cost of going through the Court process justifies the amount in dispute. More often than not, compromises are made on an economic basis rather than on the merits of the case.

In my recent paper, Is the tail wagging the dog? – A Look at Recent Cost Awards and How the Courts Appear to Moderate Them to Enable Access to Justice, there are three areas in which I perceive the Judges to have taken the prevailing legislated rules and regulations and costs awards in civil cases: (i) in assessment of costs as between litigants; (ii) as between solicitor and his own client; and (iii) in the Simplified Rules context. I put forward the theory that the Courts moderate costs with the general intent and effect of reducing the steadily upward trend in legal fees, arguably attempting to preserve access to justice.

Yes, legal costs are a justice issue. There is a commonly held belief that there is a lack of equality between the wealthy and the under-resourced litigant. The cost of litigation, coupled with the difficulty of forecasting the outcome of any lawsuit, induces fear and confusion in many and represents the growing challenge to both the Bench and the Bar. Indeed, there have been a number of reports attempting to address the issue. One of them is under the Civil Justice Reform Project on which Mr. Justice Osborne reported on a wide range of issues challenging the legal profession, including the rising costs of legal services. His conclusion respecting costs of litigation, in a nutshell, is that the system and the procedures ought to be revamped under the rubric of a concept called “proportionality”. This approach would simply try to reflect the time and expense devoted to a proceeding in proportion to what is at stake. How exactly that would be achieved would have to be worked out in detail and will take time. What to do in the meantime? I argue in my paper that the Judges are doing their best in a subtle way to curb and influence the cost awards. What about what lawyers can do about rising legal costs?

Lawyers face pressure from at least two sides. Our business model as a law firm and the client have differing views about the billable hour. One way to resolve costly litigation, at least in part, is to go against the very meaning of the word “litigate”, derived from the Latin term for “conducting lawsuits”. One must remember that whether it is through suing or negotiation and mediation, the object in a lawsuit is to always try to resolve the dispute. It has been my self-made task and ambition to explore ever new ways of introducing the dispute resolution aspect and introduce it early in any litigation so that any ‘scorched earth policy’ inherent in litigation is avoided.

This approach is neither new or unique, but I believe that it is underutilized. One aspect of this approach is that rather than looking for causes and bases of disagreement, one should try to assist the other side in solving their problem, which in turn will solve your problem. Sure, you may say, “this sounds easy in principle, but what if there is a difficult and uncooperative counterpart?” Both the lawyers and their clients may not buy into cooperative solicitors. I am not proposing that this will always be a successful approach or strategy. However, the very mindset often finds a resonating note, even in those on the other side who are more inclined to be adversarial.

Attempts to resolve disputes quickly and inexpensively by negotiation instead of litigation is not driven by altruism, although that certainly can be a part of it. The reality is that a positive results-oriented cooperative approach is worth pursuing simply because it is practical and saves substantial fees over the long term.

Of course, if the clients still wish to engage in the more expensive, adversarial warfare, that it is still an option. If, however, their concern is an early resolution at a low cost, then we do have the appropriate arsenal of mediation, meetings and suggesting solutions and resolutions, some of which “assist” both sides. In final analysis, there is no loss of face, posture or credibility in doing so. It is simply smart business.